Lydia announces a €40 million fundraising round led by Tencent

New Alpha Asset Managementhas been a shareholder in Lydia since September 2016 via its VC fund dedicated to fintechs.

French mobile payment leader Lydia has just completed a new €40 million funding round led by Chinese tech conglomerate Tencent. Historical shareholders Open CNP by CNP Assurances, XAnge and New Alpha Asset Managementalso participated in the deal and continue to support the team and its vision. The startup plans to use the funds to roll out its platform model at scale across Europe.

With a user base of 3 million people and a brand name that has become a household name thanks to the phrase “I’ll make you a Lydia,” the company has recently expanded its offering to provide a wide range of financial services within a single mobile interface. French users of the app can get personal or shared accounts, payment cards, loans, insurance or gift cards. Some of the products are created by the company, others are created by partners and distributed by Lydia, but all benefit from the simple, real-time user experience for which the company is known.

“Today, 25% of the French population between the ages of 18 and 30 have a Lydia account. With very little resources, we have managed to create a tremendous network effect. These new resources and the support of a shareholder such as Tencent will allow us to save a lot of time and avoid many missteps in this hyper-growth phase. This gives us every reason to be very ambitious,” said Cyril Chiche, Lydia’s co-founder and president. “We are now well positioned to bring consumers a credible alternative to the traditional model of financial services distribution by banking players. This platform model is already well established in other industries such as travel, music, cinema or retail. ”

“We support the vision of a cashless evolution of Europe carried by Lydia since its inception,” said Ma Danying, Investment Director of Tencent. “The company has a very active user base and has proven its high quality of execution. We are confident in its ability to seize the current market opportunities to become a European leader in mobile financial services. ”

Based in Paris, Lydia is a fast-growing mobile financial services platform with over 3 million users and a market share of over 25% among French 18-30 year olds. “Je te fais un Lydia” has thus become an everyday expression synonymous with “I send you money”. Launched in 2013 by Antoine Porte and Cyril Chiche, Lydia has raised over €60 million from investors such as Tencent, XAnge, NewAlpha, CNP Assurances, ODDO BHF and Groupe Duval. Lydia is also a founding member of the France Fintech association.

Tencent uses technology to enrich the user experience. Its social networks and communications tools Wechat and QQ connect users with each other and give them access to digital content and services, both online and offline, that simplify their daily lives. In addition, its advertising platform helps advertisers reach hundreds of millions of consumers in China. Its FinTech and business services support its partners’ growth and accompany them in their digitalization processes.

Tencent invests heavily in talent and technological innovation to promote the development of the digital industry. Tencent was founded in Shenzhen, China, in 1998. Tencent’s shares (00700.HK) are listed on the Main Market of the Hong Kong Stock Exchange.

Emergence, a fund that accelerates the development of entrepreneurial asset management companies, has made the third investment in its Techs for Good sub-fund and is contributing €20 million to ODDO BHF Asset Management for its ODDO BHF Artificial Intelligence fund. Emergence’s investment committee selects an innovative thematic fund that invests in international listed companies of […] 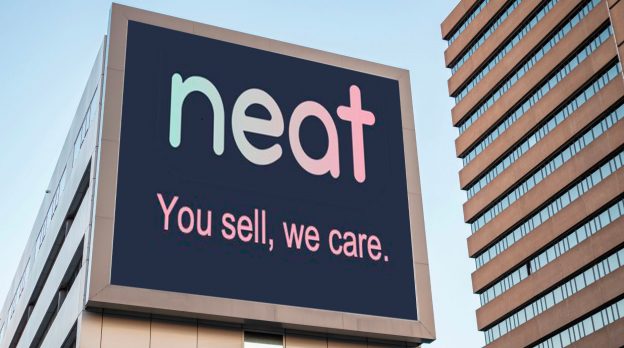 Neat raises €10M and marks the largest seed round ever in the embedded insurance industry Neat creates turnkey embedded insurance solutions for retailers and e-merchandisers. The start-up enables sellers to offer their customers innovative and tailor-made products to protect the goods and services sold. Its mission is to promote a more sustainable consumption and extend […]